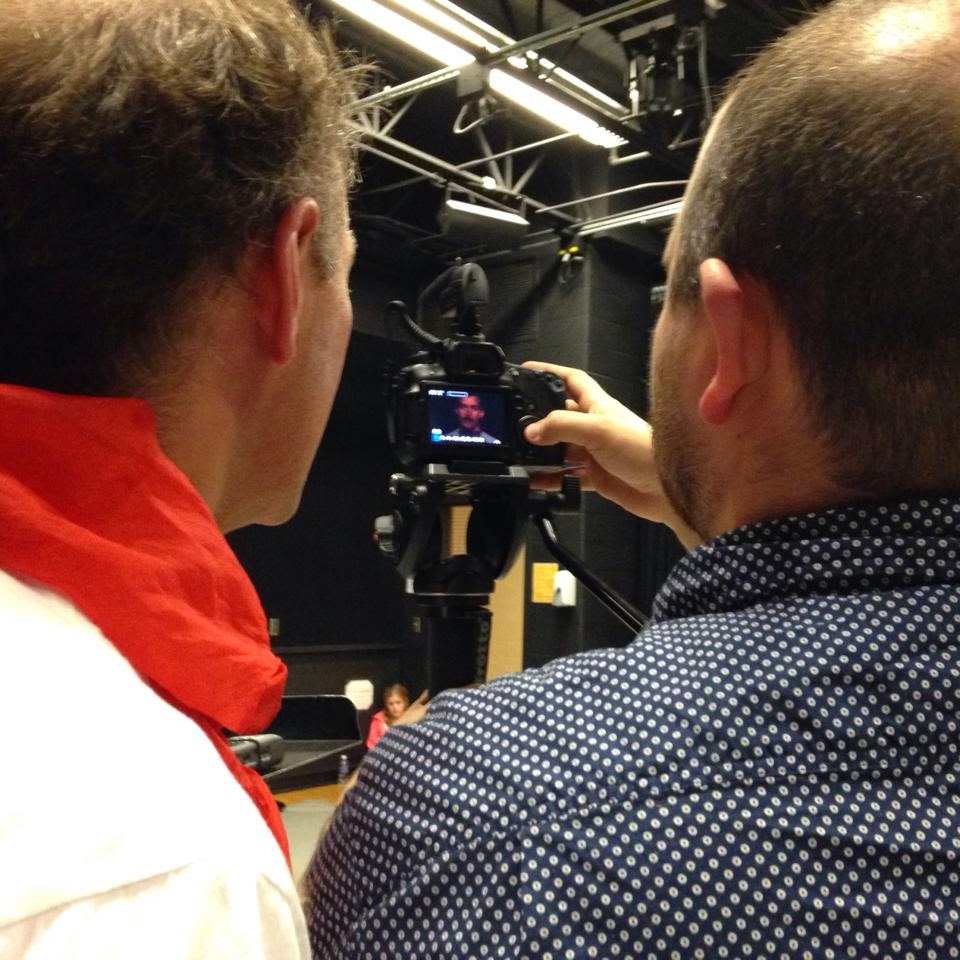 Wax Idiotical Films has been a long time partner with theatre KAPOW, providing video promo’s for their shows. When Carey first announced they were mounting a 3 person production of Macbeth on Halloween… at midnight, I immediately was excited. Not only for the inevitably spectacular performance, but I knew it would be a perfect opportunity to do something new with the video. We had found a tried and true equation for the promos, which all consisted of “talking-heads” and images of the rehearsal, but while they were often times informative it didn’t capture the feeling of a tKAPOW show (this usually was done more successfully in the montage/trailers during production week).

So as I brainstormed on how we could make this new video different, I made a mental list of things that I wanted to highlight. I kept going back to what Carey had said at the announcement, “Shakespeare. 3 Actors. Halloween. Midnight. Macbeth.” These words perfectly got the point across, and told me what I wanted to highlight. The brilliant language of Shakespeare, the fact that 3 people were playing every role, and that the performance would be at midnight on Halloween. I wanted something playful, but in a dark way, and oddly enough the idea struck me late at night while laying in bed. 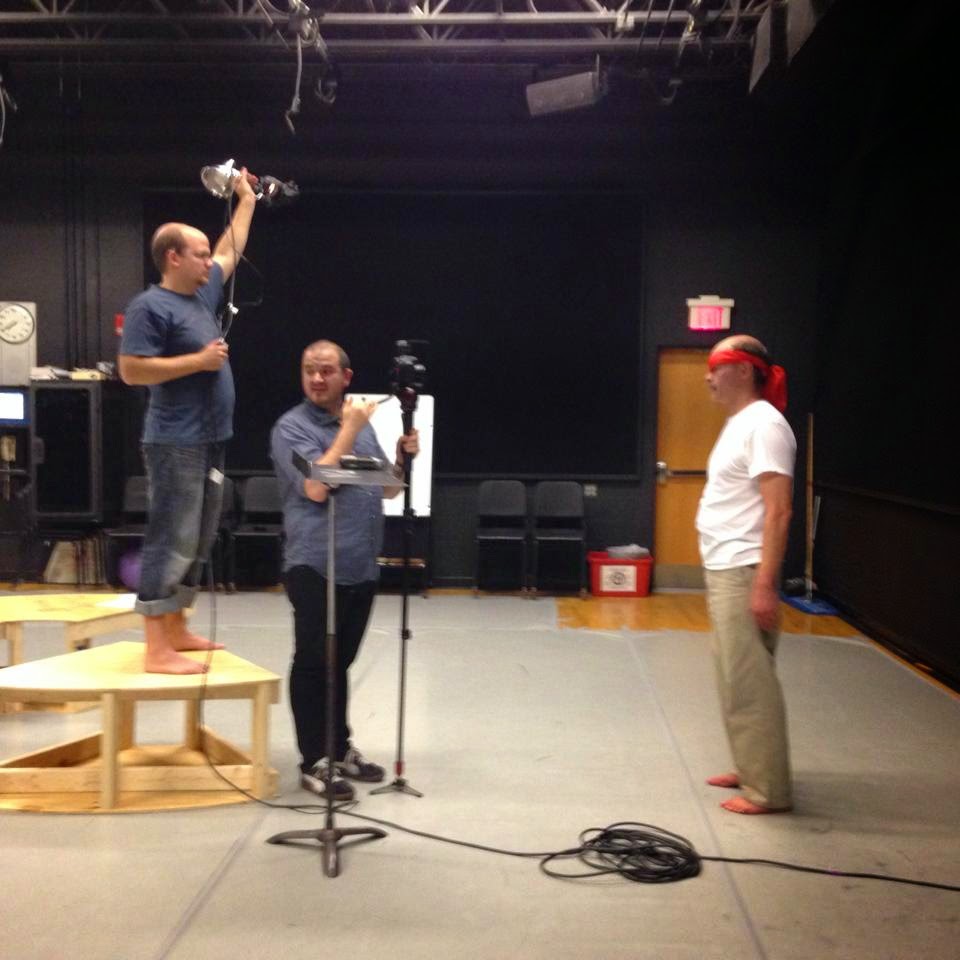 Cars were driving past my house, and I’d watch the headlights shine through a small gap in my curtains, and they would go across the wall, and light up just a sliver of the room at a time. The idea of sweeping a light across the 3 different actors as they recited some of the lines from their different characters was an easy connection. Then came the tricky part. How? When I arrived to film I tried a few different lights; I knew I wanted to be able to wrap it with blackwrap and cut just a small line in the wrap, but also I needed it to be BRIGHT. Matt was kind enough to direct me to an “inkie” or par 15 light. Very small, and VERY bright.


After filming several lines with the light sweeping back and forth for each actor, I dove into the editing process. This was where I got to play a little bit more. I took some of the background noise of the cast whispering, and layered it over itself. I reversed one of the clips so there weren’t any words, just this whispering that made the hair on the back of my neck stand up. Visually, the footage looked great, but too bright. Through some color adjustments and desaturating of the footage, I was able to get an “almost” black and white look. I wanted there to be SOME color, but to make the look of the video match the tone: Dark. Mysterious. And most importantly - Creepy.

Posted by theatre KAPOW at 7:37 PM